In Pusuit of Friendship

With a prayer and much enthusiasm, we left Jacksonville at about 8:30 am, three couples, no one under the age of 50 on three motorcycles headed for Gatlinburg, TN.
The getting there was divided into two days of about six hours travel each day. We took our time, took back roads for scenery, though it was difficult for the two of us. We are not great at taking our time while getting to a destination. 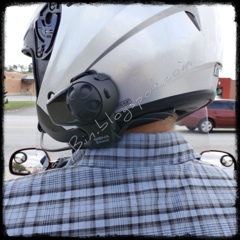 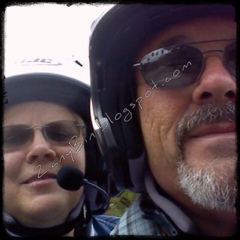 Our first night was in Thomason, GA. Not much there. We rested for a few hours once checked into our hotel then met for dinner at Zaxby's.
No we did not ride the bikes to dinner, we walked, thankfully.
After breakfast it was then off again with a prayer and much enthusiasm.

At some point during that day my youngest texted that she was going to meet us in Gatlinburg that evening. She had a four to five hour drive to get there. Couldn't wait to tell the others and little did we know just how much of a blessing her arrival would be! 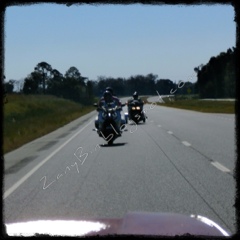 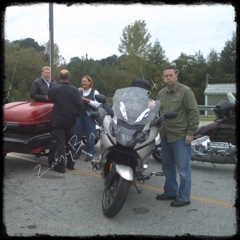 We arrived at the office to check in and when it came to filling out our info it was interesting to record our make and model of vehicle . I've never put down Honda Goldwing before! I texted youngest daughter the address of the cabin, she figured she'd arrive just behind us.

Looking at pictures of our cabin it looked as though it was a pretty flat area well at least for parking, turned out the getting there was another thing altogether. No I didn't get pictures of the road, but it had some pretty good turns up the hill. My husband's least favorite was about two thirds the way up and and the second least favorite was the turn into the driveway. Unfortunately one of our couples had a little surprise along the edge when the asphalt gave way and they ended up sideways on the ground, fortunately no one was seriously injured, though he did pull something in or bruise his leg. 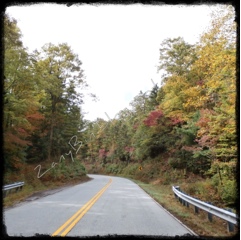 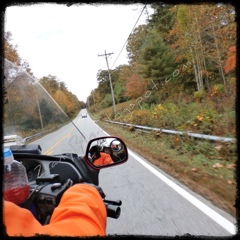 We started unloading and our daughter arrived just as it began to rain. Yeah!, a car to go to dinner and get groceries! The man and his daughter had to ride in the cargo area of the Subaru, the other two men rode up front and the women rode in the back seat. Perfect fit!

We went out for a wonderful steak dinner, treated the girl, and then off for the groceries. We distributed the groceries over and under legs and laps. Oh the fun! The plan was to take turns fixing dinner and then breakfast was added as well. It worked out really well.

So the next day which was Monday, my daughter and I visited the outlet mall ( she doesn't have a good one near her) while the others rode some of the parkway. Naturally I spent money on her. She left about 3:30 pm that day.

The others arrived back at the cabin about 5:30, after visiting a Walmart and the Smoky Mountain winery. Our first in cabin dinner was a special salad and restaurant style chicken quesadillas, I learned a new trick. They were really good, so was the salad. We played a card game after dinner with one of the couples, the other two needed to nurse his leg a little from the fall. We medicated him and sent him to the jacuzzi. 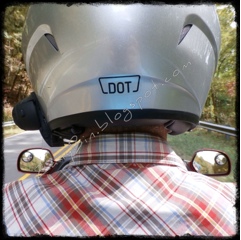 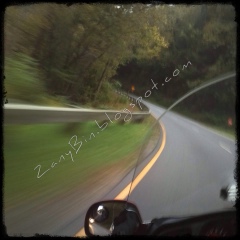 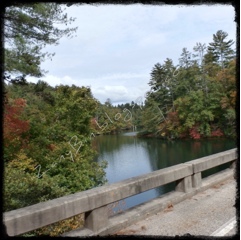 Tuesday morning it was off to pursue the Dragon's Tail and we also drove the Cherohala Skyway . You can find pics at 129slayer.com on October 15, starting at 11:50, the first bike is a red Goldwing, the second a dark red Goldwing, and the third bike a BMW 1600. Yep I was filming. Riding as a passenger makes for good picture and video taking. I'm still working on a shortened video of the ride. I've got lots of pics to share. Dinner that night was my chili which had been cooking crock-like all day. Boy was that easy and delicious if I do say so myself. 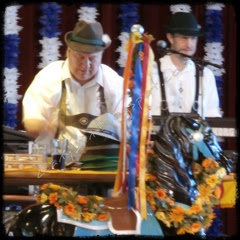 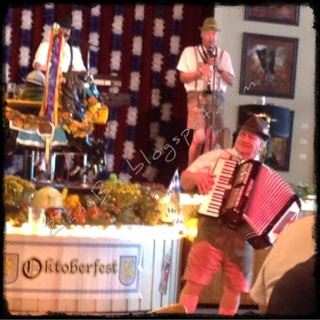 Wednesday rain was predicted, so we spent time in town riding Ober Gatlinburg
up the valley to a restaurant for lunch and a show of a sort.
Cow bells, an accordion and men in shorts were involved. Once back down into town there was some taste testing of dips, wine and moonshine.
That evening we had roasted chicken and vegetables. I need that recipe too! 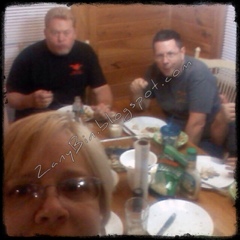 Wish I had thought to take pics of all the meals.
We played scattergories that evening. Did you know a dog makes a woof-woof sound?
Yep we laughed our heads off and the women won! 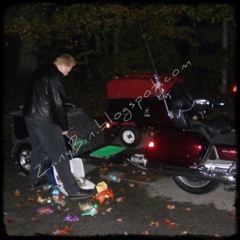 Alas, Thursday morning, check out time arrived. But let me back up a moment, the night before some packing up was done including a cooler with a few leftovers and uncooked beef. Needless to say when my early bird hubby got up that morning and opened the door to check the weather a certain cooler was laying opened on the ground with its contents scattered or missing. Come to find out a full grown bear had visited us in the night!

We rode to Cherokee where we took a break and the other two couples
headed back the way we had come, 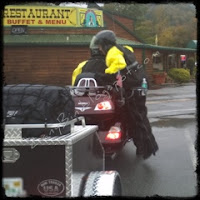 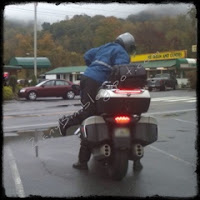 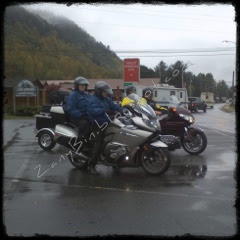 while my husband and I headed to Sapphire, NC
to visit with some friends there for a night. The ride was great, we were higher in the mountains and the changing leaves were more colorful. 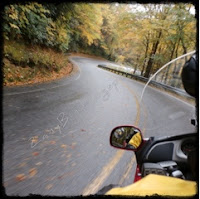 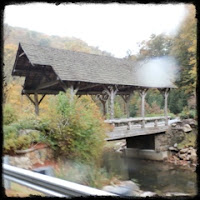 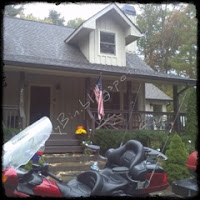 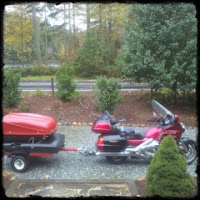 We were treated to a wonderful dinner, breakfast and a visit to a small waterfall in the neighborhood. We were given instructions for our back-road ride home and where to stop and see a large waterfall. 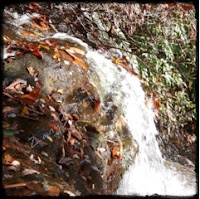 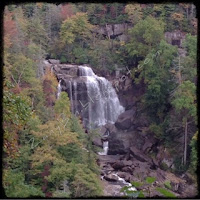 We left the next morning and stayed in Statesboro, Ga.
Our return from there to Jacksonville took about three to four hours but felt like all day. We were tired. Went out to lunch with oldest daughter, granddaughter and mom, then home and I crashed, into bed that is. My bed. My wonderful bed! 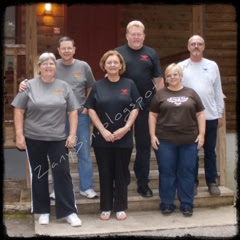 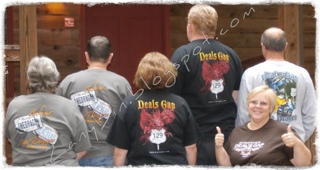 Friends till the end!!!